The world we created in this installation was seemingly under water. The installation formed a dialogue between a rectangular insert in the ceiling of the space and the rest of the room.

Under this screening area was a white vinyl dance floor which shaped the platform the audience stood on.

The space around was filled with polished lead weights that reflect light of torches, handled by two people dressed in black in such a way that they were only temporarily visible and they looked like little air bubbles under water. In addition they created a seemingly endless space.

For the sound we used contact microphones and manipulated the sound of the steps of the actors dressed in black in such a way that it sounded like the sound steps under water may make.

With these different ways of expanding the space we created the experience of being inside a brain. The story in this installation was told by an actor dressing in soaking wet clothing, talking about the functions of the brain and memories, using excerpts from TED talks and other scientific and philosophical quotes regarding the theme 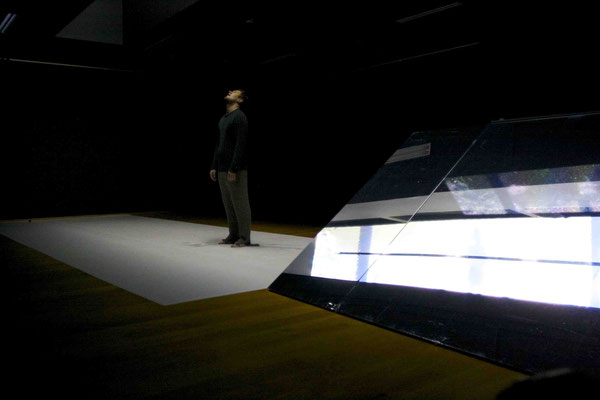 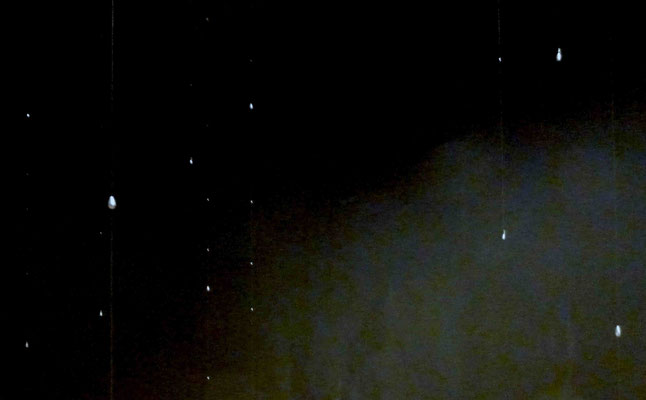 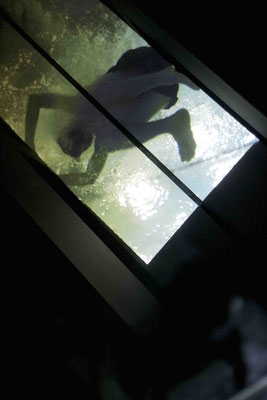 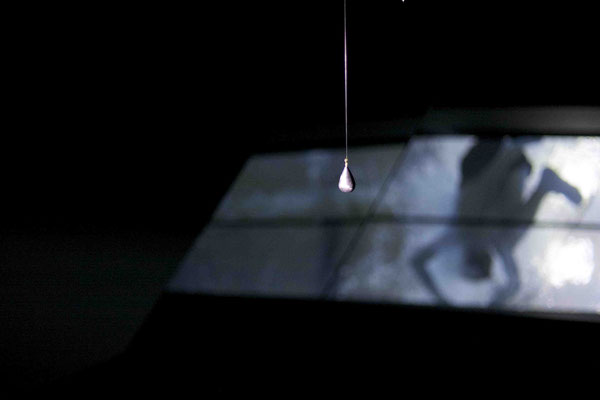